For the aspiring road racer November is an awesome month. Most are done in after a long season of hard miles, be it racing or training. Winter gives you a chance to recharge your batteries, get back to enjoying riding your bike and prepare for the season ahead. I’d raced long into October so I’d actually reached the end of the season fairly fresh as my last few races had been crits. Rather than take a few weeks off I decided to head out in November and just ride my bike. I met up with the club run for the first time in ages, totally ignored my power meter and just plodded along without a care in the world. It was absolute bliss.

To many, November and December are horrible depressing months, why on earth would you ride in the rain, the cold and the dark? There are five things which I think are essential to making winter miles bearable. If you get it right, winter miles can be some of the best miles of the year. Do it well and you will also be in great shape for the coming season.

A divisive subject but I bloody love my mudguards! No soggy chamois, your feet stay dry and you get home not smelling like a farmer’s field. What’s not to like? I’m also convinced that mudguards create a serious parachute effect in the wind. Your good bike will feel about 2 kgs lighter when you dust it off in April. So hopefully 4kgs lighter in my case….

A solid winter bike also helps to get you out the door when plugging away at the miles. I’ve set my Kinesis up with the same fit as the Emonda, the same saddle and the same gearing so its pretty much just a heavy version of the good bike. There really is no point spending three or four months on an uncomfortable bike that bears no resemblance to the fit of your good bike. In my case I’m still limited drop wise by my hip flexors so I’ve dropped the bars 10mm lower on the Kinesis to see how it goes. I live in hope of something that resembles an aero position on the bike next year.

There is no such thing as bad weather, just poor kit choice.

There’s a lot to be said for that I reckon. My winter essentials are as follows:

With the above and a couple of different jerseys to layer depending on the temperature you really can ride in all weathers. I’d love to add a Gabba to that list but I’ve yet to find a spare £200 down the back of the sofa. Don’t underestimate the awesomeness of quality bib longs. I bought a pair of Sportful Fiandres earlier this year and they really are a world away from shorts with a cheap pair of tights over the top. 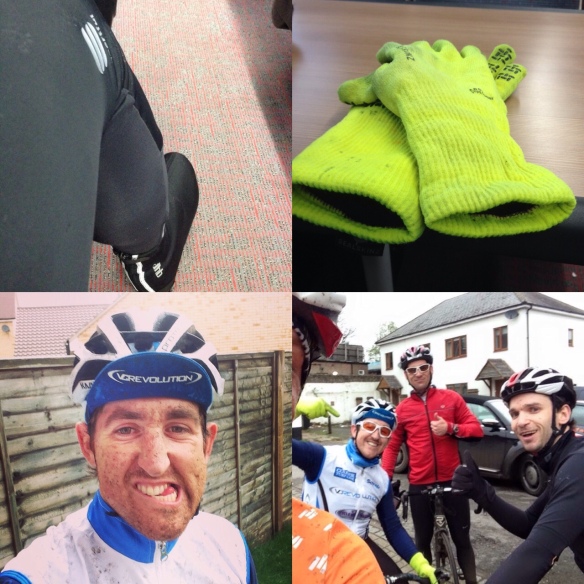 It sounds daft. But decide early on what you want to achieve next season and structure your winter so that it gets you to where you want to be. Ideally you want to be using either power or heart rate to guide you along the way but whatever you use, make it structured. 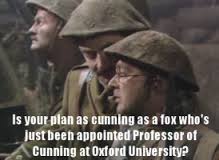 I’ve got a pretty weird season ahead of me so my winter training will have some scratching their head. I’ve got an exam in April so realistically my season can’t start until May and I’m getting married in September which means my season will only run until the start of August. I’m going to give the Hog Hill winter series a solid go this year and try and make 3rd cat early on.  My winter will look something like this.

Why else would you get out of bed at 6 am on a Sunday and ride for four hours in the pouring rain? Given we spend most of the year staring at each others seat posts and breathing through our arses, it’s a pleasant change spending a few hours rolling around the countryside catching up with the guys, putting the cycling world to rights (Froome’s data release will keep us going until February at least) and just generally having a laugh. All the while building a solid base for next season.

Seems obvious, but don’t over do it! Catch up with your friends, your loved ones and just generally relax. Also eat cake. Winter should be filled with cake. There’s absolutely no point in watching your weight until that Terrys Chocolate Orangathon that is Christmas is behind you. Once January comes around pick a target and start that painful taper back down to race weight.

I would say there is also no point in peaking in December but that’s exactly my plan…..I’m going full winter warrior.

Speaking of which, is it acceptable to wear arm and leg warmers with a skinsuit? I really don’t want to shave my legs in January…..

Whatever you do, enjoy it. It’s supposed to be fun.